During the past three months, Premier Brian Pallister has been front and centre as the face of Manitoba’s Progressive Conservative government while it grappled with the public health and economic consequences of COVID-19. A new Probe Research survey conducted for the Winnipeg Free Press shows support for Pallister and his party has eroded significantly during this period – particularly in Winnipeg – to the point where the Progressive Conservatives are statistically tied with the rival New Democratic Party (NDP).

PC support among decided and leaning Manitoba voters is now 38 per cent, down five points compared the last Probe Research survey conducted in March 2020. More than one-third of Manitobans would now back the provincial NDP (36%, +3% vs. March), with support for the Manitoba Liberals increasing to nearly two-in-five Manitobans (18%, +4%). Seven per cent would cast ballots for the provincial Green Party (-1%), while overall 14 per cent of Manitobans are undecided. 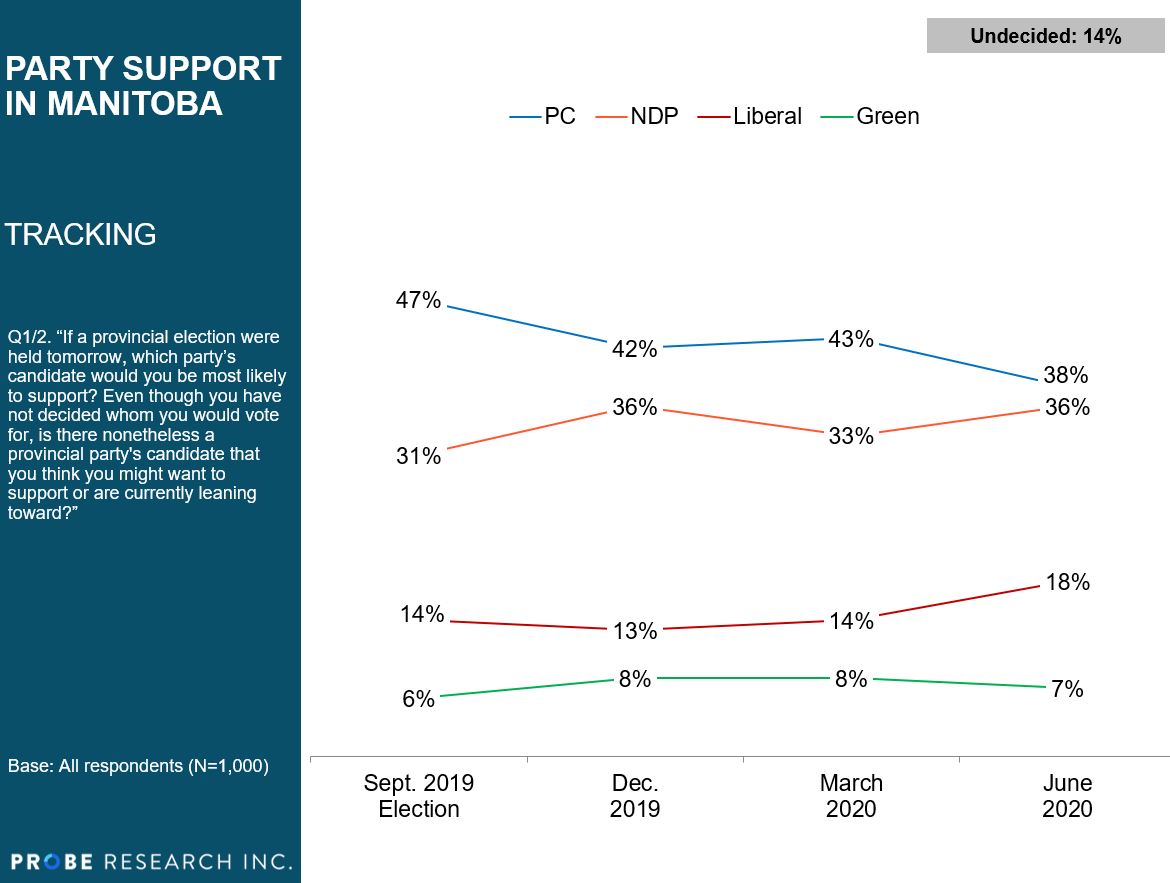 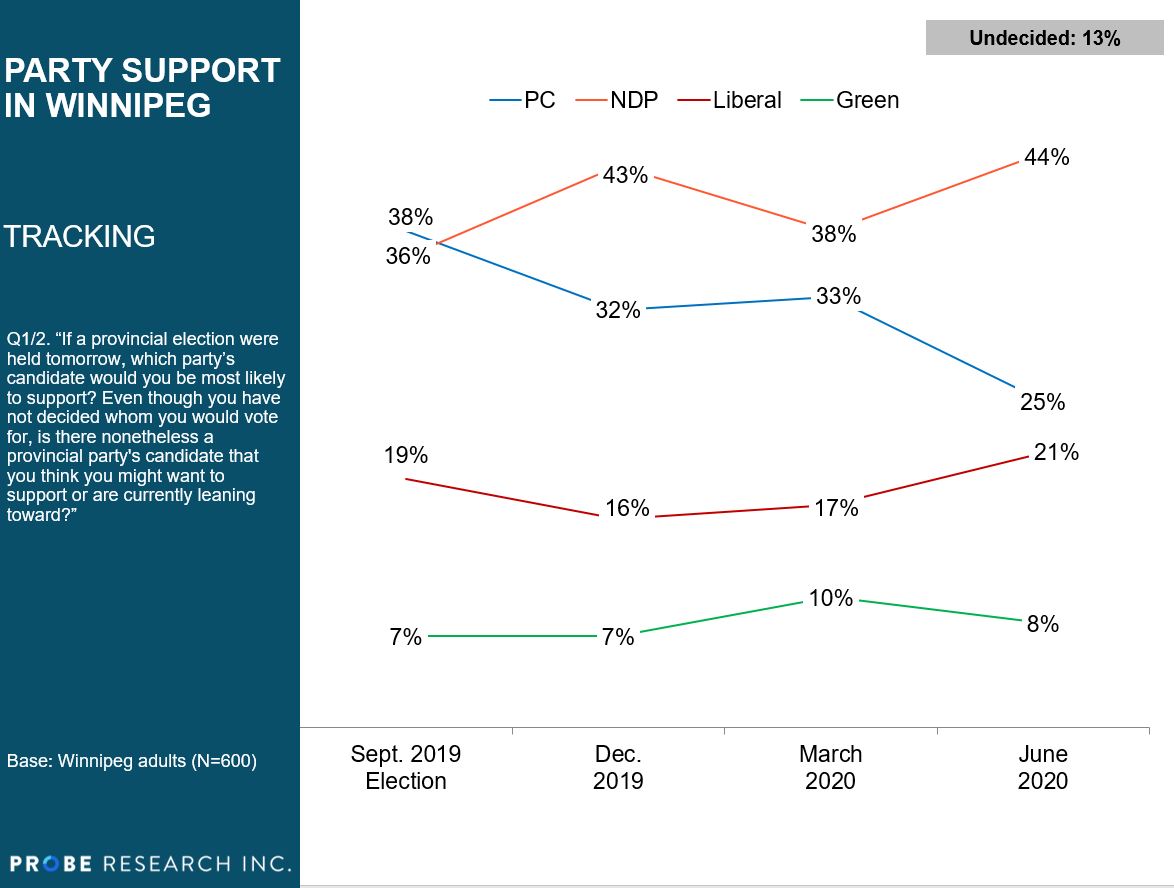 While a strong majority of Manitobans approve of how the Manitoba government has protected public health during the COVID-19 pandemic, approval of how it dealt with the economic consequences of this virus is much more muted. 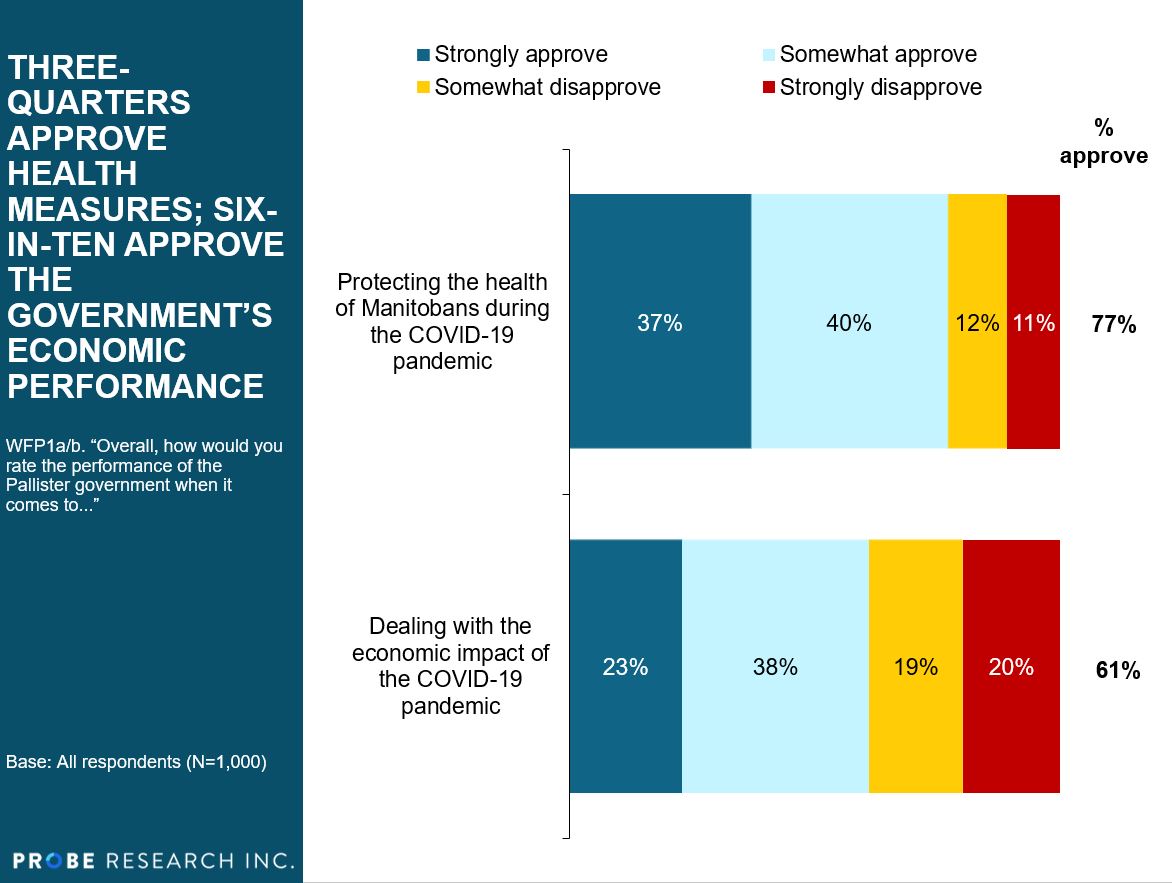 More than three-quarters of Manitobans (77%) strongly or somewhat approve of the provincial government’s efforts to protect citizens’ health during the pandemic. Approval of the government’s pandemic initiatives is consistently high across most demographic groups, with rural Manitobans, those over the age of 55 and non-Indigenous Manitobans most likely to praise the provincial government for taking steps to protect public health. 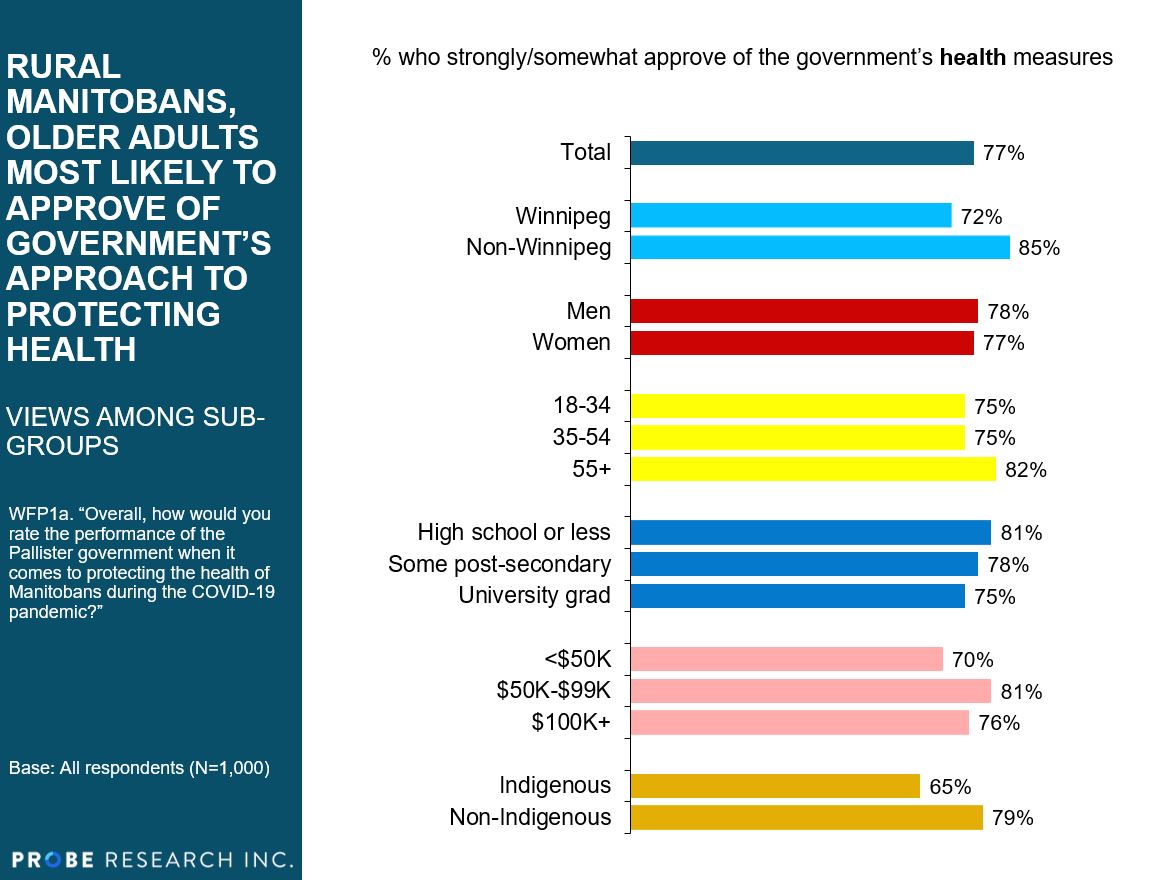 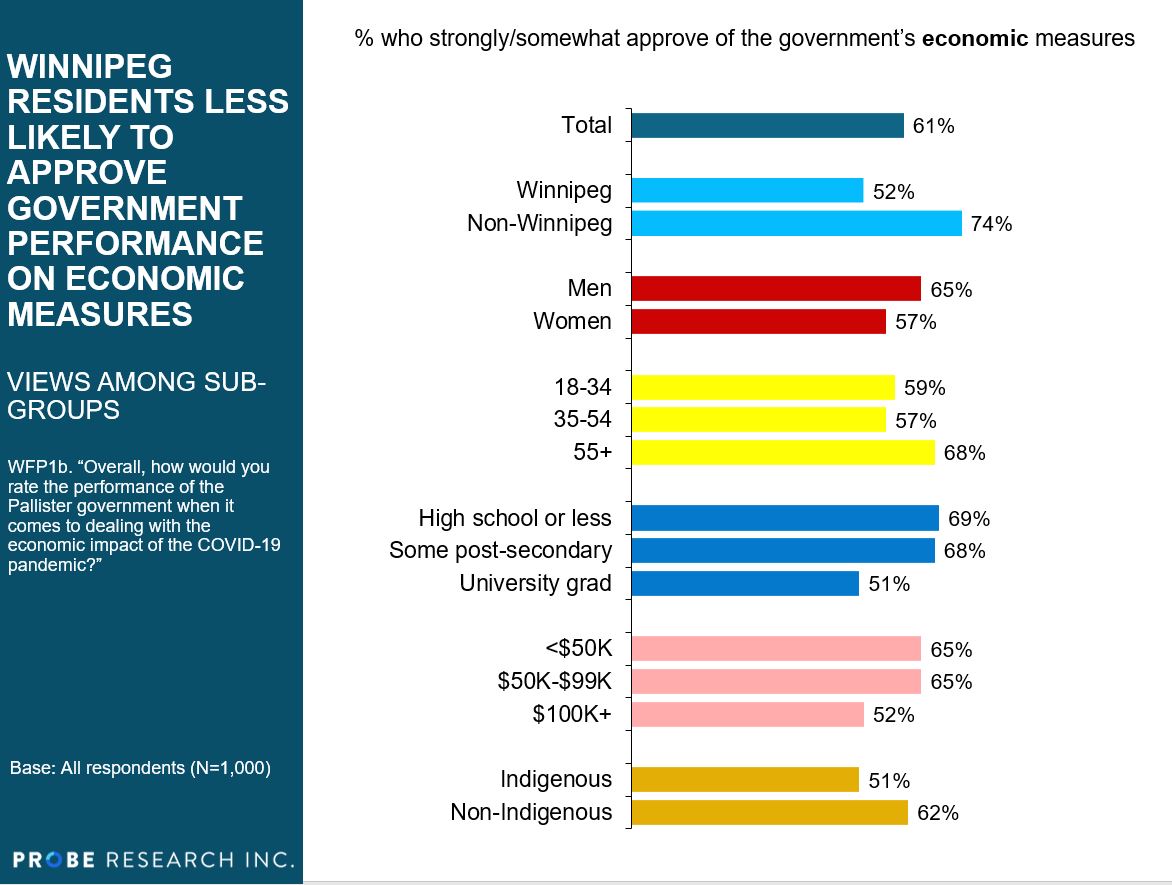 There are also critical differences of opinion based on party preference. While majorities of those who would vote for the opposition New Democrats or Liberals approve of the government’s steps to protect public health, only one-third of NDP supporters (33%) and one-half of provincial Liberal supporters (51%) give the Progressive Conservatives high marks for dealing with the economic impact. Roughly nine-in-ten PC supporters, on the other hand, believe their preferred party did a good job of managing the public health and economic effects of the pandemic. 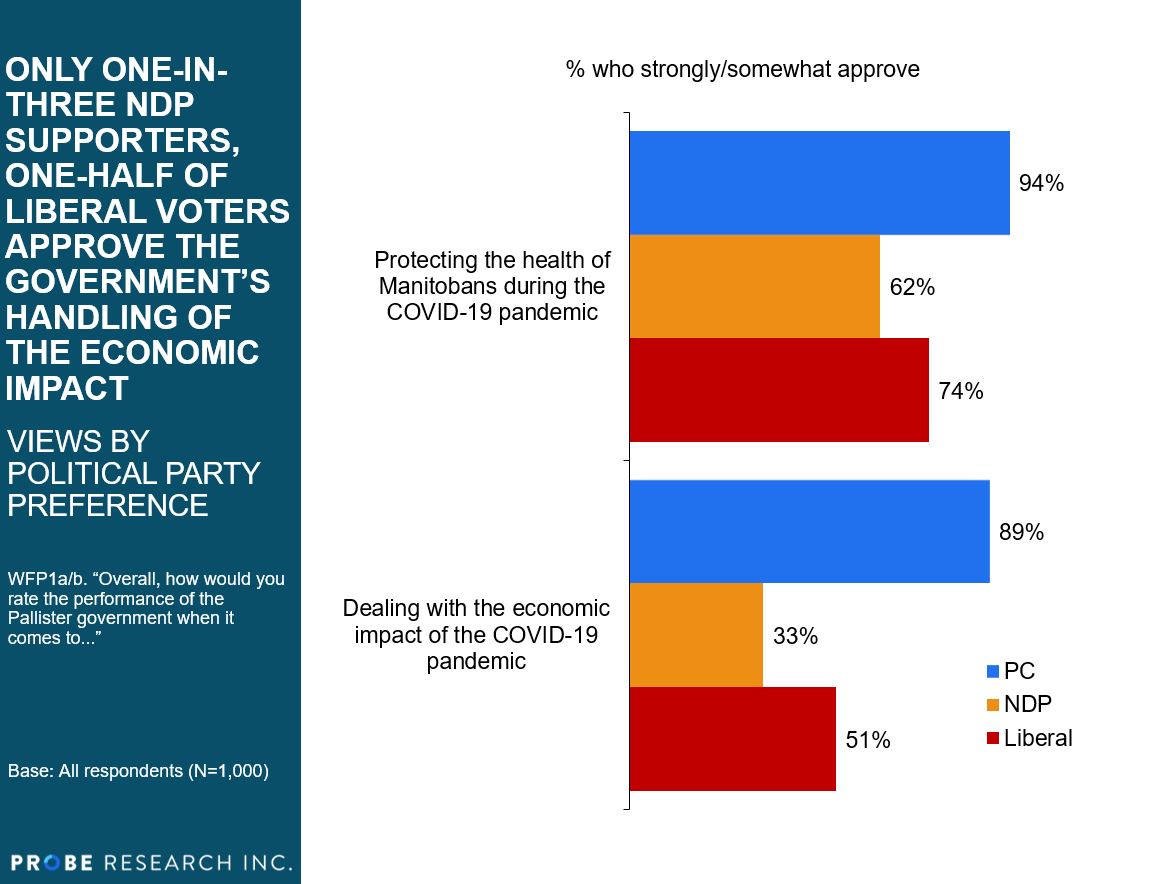 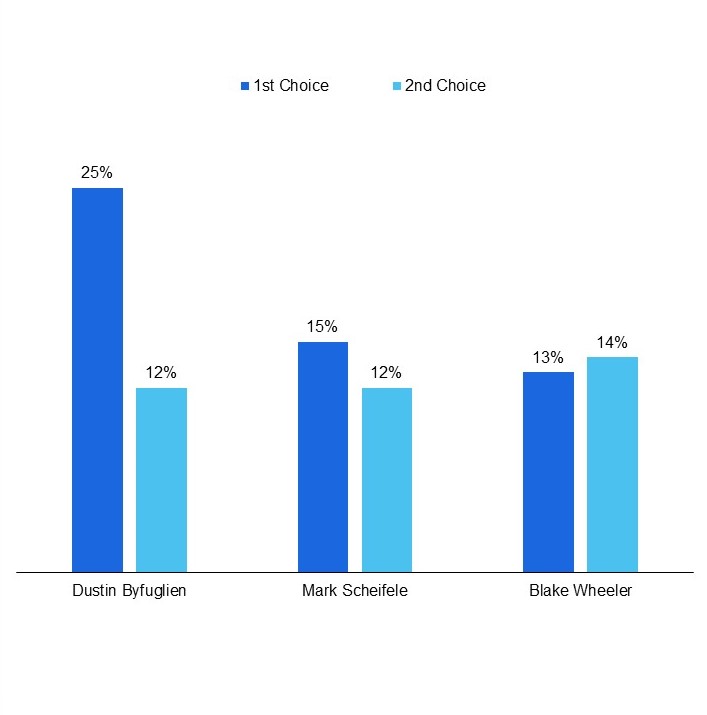 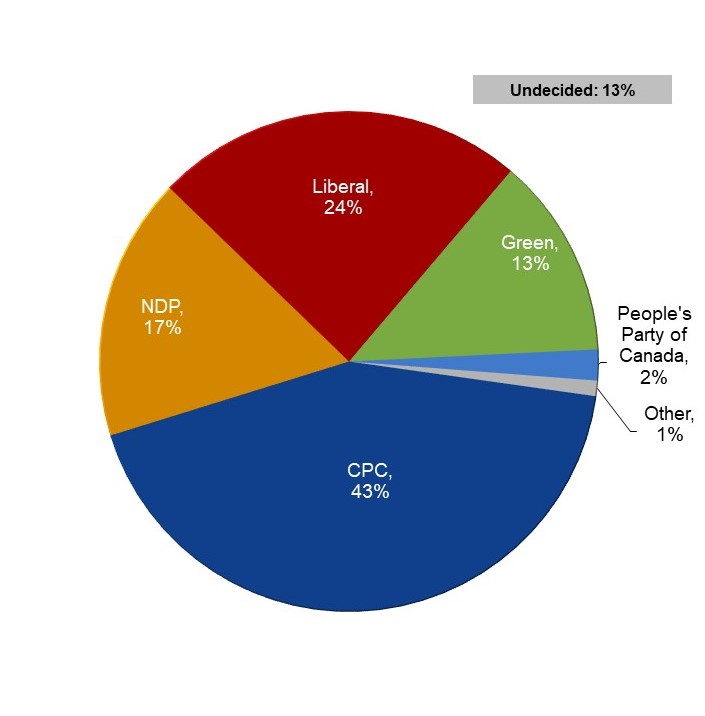 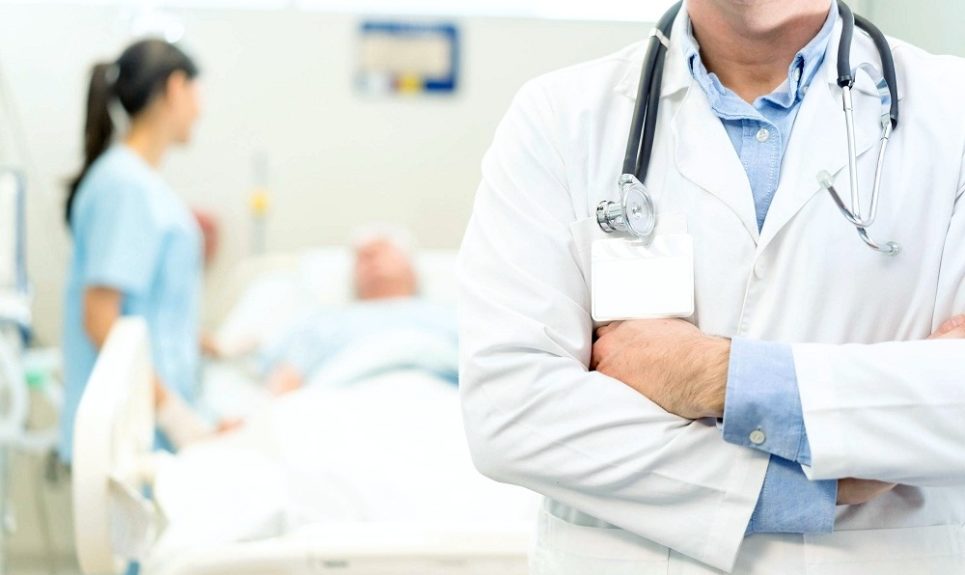