Manitobans head to the polls Sept. 10 to elect a new provincial government. Here are three things we’re watching as the race unfolds:

1.  How many Manitobans have forgiven the NDP - and where are they? The NDP has its work cut out to win back some of the 23 seats it lost in 2016. Wave after wave of Probe polling shows deep antipathy in rural areas for the NDP, which – along with new, less friendly constituency boundaries –makes winning back seats like Swan River, Dauphin and Dawson Trail extremely difficult. The NDP may have a better shot in the North, where it hopes to win back Thompson and Kewatinook.

In Winnipeg, where the PCs and NDP have been in a statistical tie in voter support for much of the last two years, there are likely to be competitive races in the city’s inner suburbs - St. James, Fort Garry and St. Vital. Northeast Winnipeg will also be an area to watch closely: there are several historic NDP seats the PCs flipped blue in 2016. But changing demographics and noticeable rightward shift in recent federal and municipal elections may make it challenging terrain for the NDP. 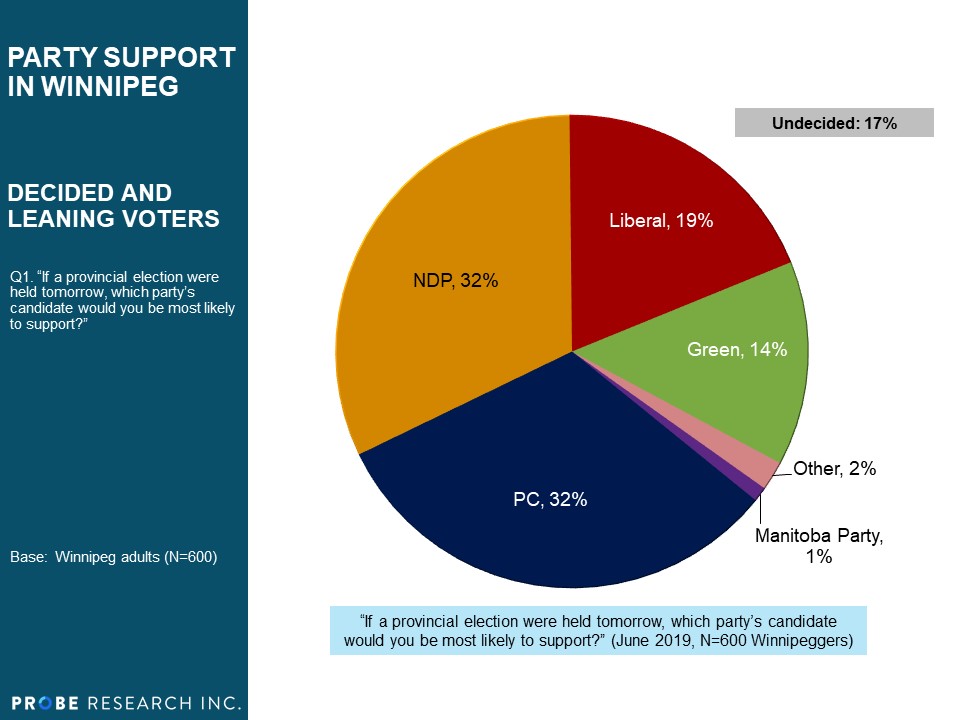 2.  Is the green surge for real? In June, support for the provincial Green Party doubled from seven to 14 per cent. The uptick in provincial Green support comes at the expense of both the NDP and Manitoba Liberals, with the PCs benefitting from this split in the progressive vote. Typically, it’s the Manitoba Liberals that benefit from being seen as the “neither of the others” option between elections, but actual Liberal support withers once the real election campaign rolls around. This Green surge may be a new form of this phenomenon, although the party will hope this new support translates into its first-ever seat in the Legislature. The Greens best shot is likely Wolseley, where candidate Dave Nickarz is running again after coming within 400 votes of taking the seat from the NDP in 2016. 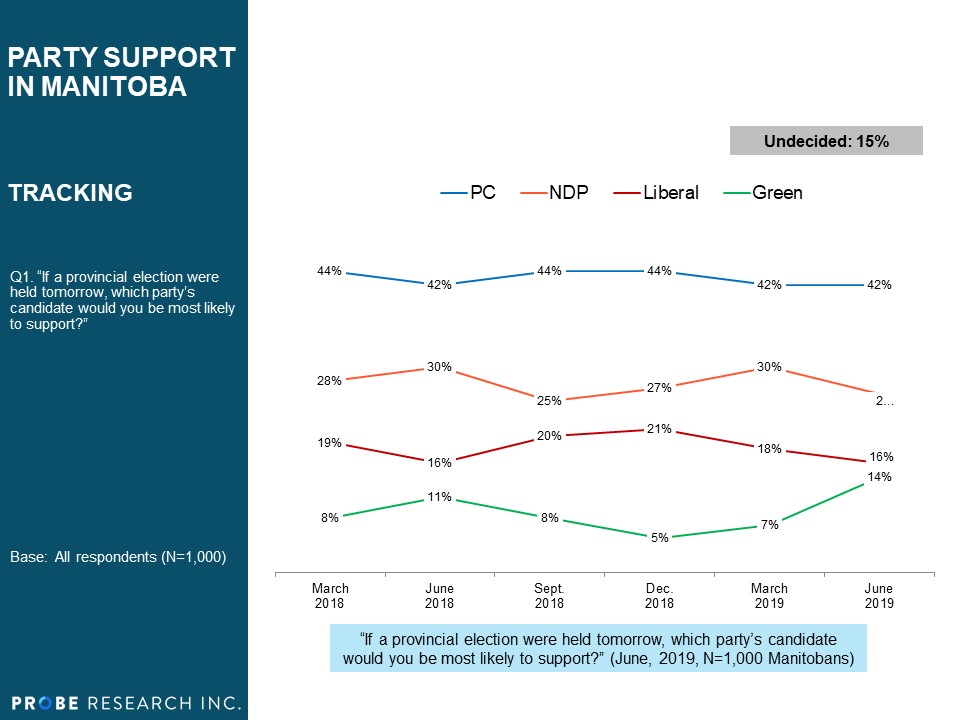 There are a few oft-cited examples of premiers being punished for calling snap elections (Alberta’s Jim Prentice and Ontario’s David Peterson come to mind). But there are also many examples of party leaders successfully capitalizing on strong polling numbers and divided or disorganized opposition forces to win a renewed mandate.

Nearly half of Manitobans surveyed by Probe Research urged the premier to respect the fixed election date, but only one-in-five say they are less likely to vote for the PCs because of this decision. Predictably, supporters of the opposition parties are far more inclined than Tory voters to say they are less likely to vote Tory because of the early election, meaning core PC supporters probably won’t punish Premier Pallister for his choice of election dates. 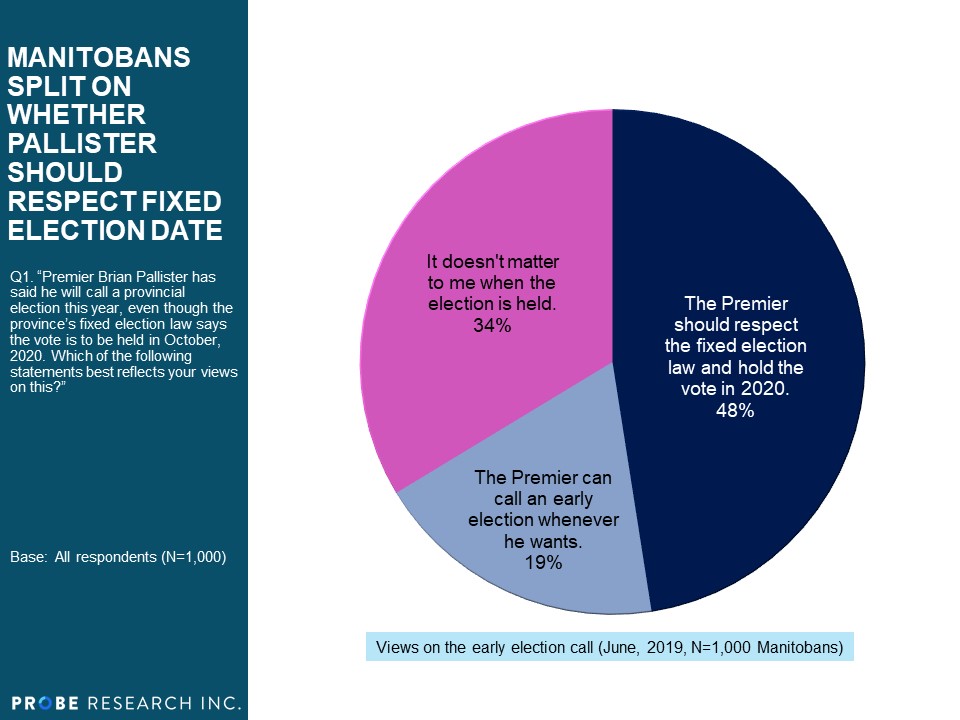 Watch for more Probe Research data on these and other emerging storylines as the campaign unfolds! 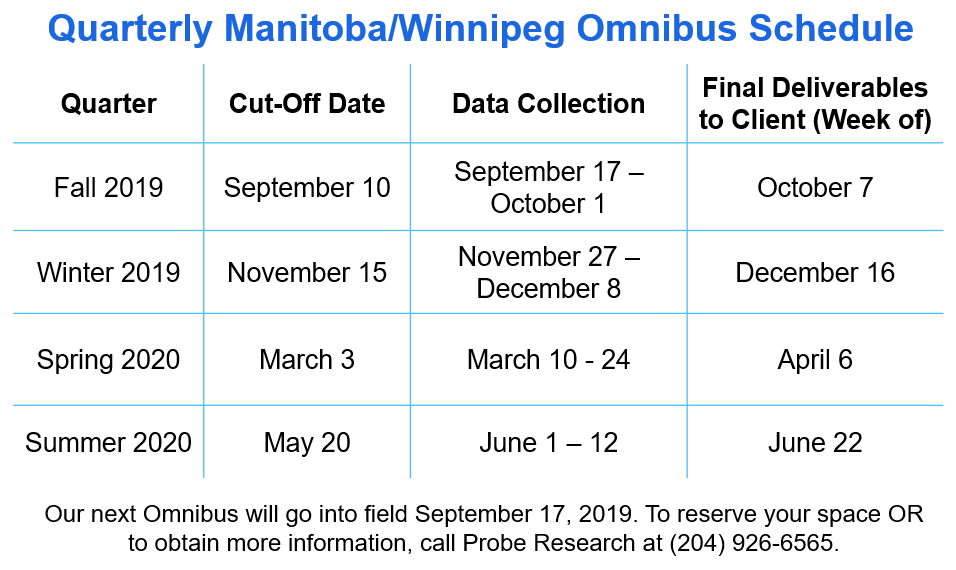 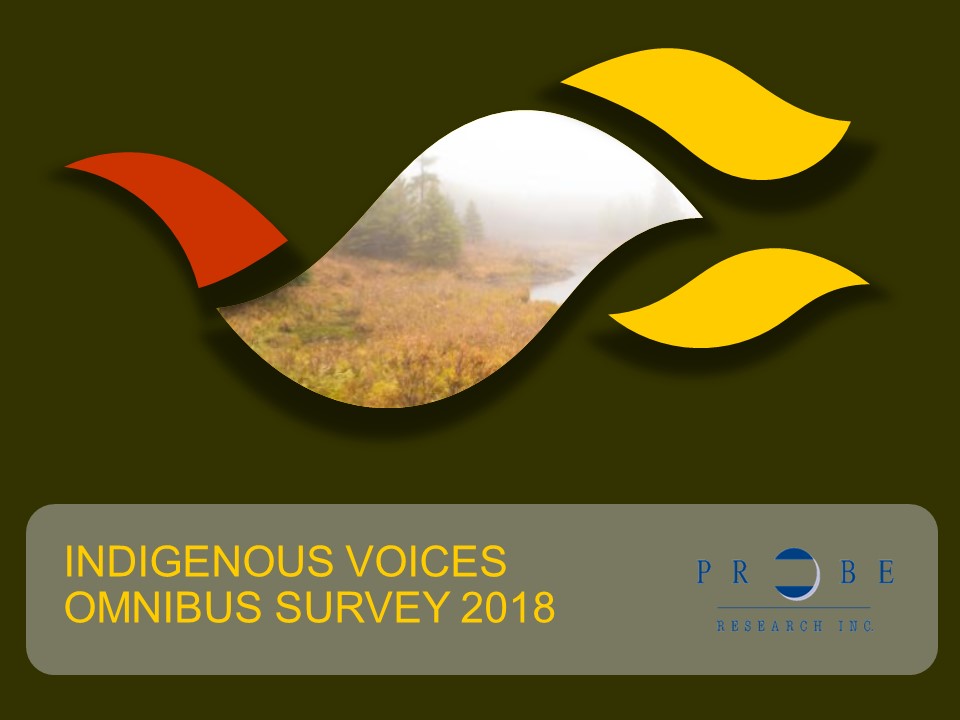 Leading or Lagging? Deep into a second wave, here are three things we learned from Manitobans about the provincial government's pandemic response. 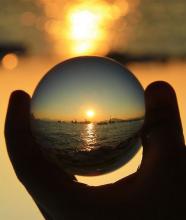 Curtis Brown breaks down what it's really like to be a pollster and pundit during a provincial election campaign.