The next federal election in Manitoba could be shaping up as a three-way contest, as support for the New Democratic Party (NDP) continues to edge higher at the expense of the Liberals and Conservatives, a new Probe Research survey conducted for the Winnipeg Free Press finds.

Although the Conservatives remain the most popular federal party in the province, fewer than one-in-three Manitobans now back the Erin O’Toole-led party (32%, down from 37% in March). The NDP is now statistically tied with the federal Liberals in Manitoba (28% and 29% respectively). Support for Jagmeet Singh’s federal NDP has inched up three percentage points since March, while support for the Justin Trudeau-led Liberals is unchanged. Meanwhile, seven per cent would vote for a Green party candidate (+1% vs. March) while four per cent would cast a ballot for another party’s candidate. Overall, 16 per cent of Manitoba adults are undecided. 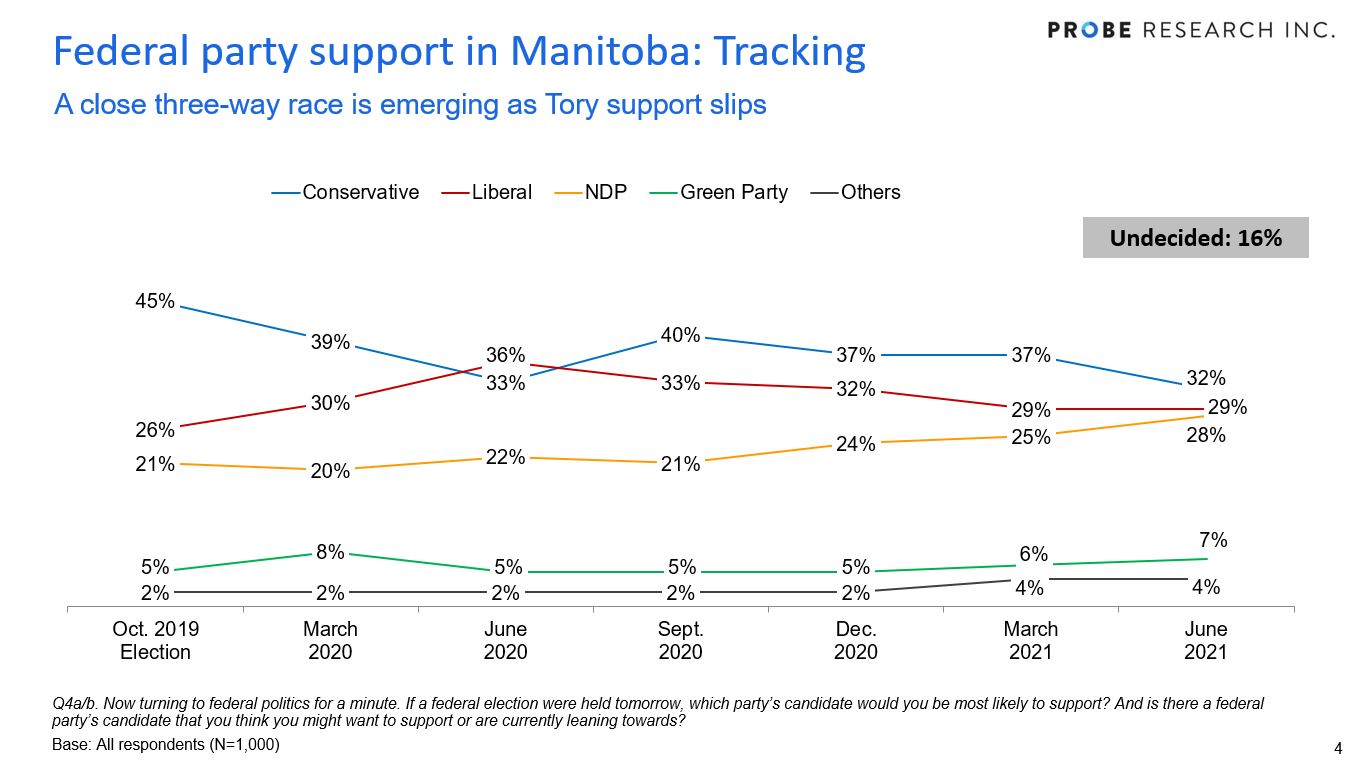 The Liberals are clinging to a narrow lead in Winnipeg over the NDP (35% vs. 32% respectively), with only one-quarter of Winnipeg voters (26%) preferring the Conservatives. The NDP now leads the other parties in the northern portions of Winnipeg and the Core area, while the Liberals lead their rivals in southwest and southeast Winnipeg. Outside Winnipeg, support for the Conservatives has slipped dramatically (from 53% in March to 42% in this current sounding). However, the party still holds a sizable lead over both the NDP and Liberals beyond Winnipeg’s Perimeter Highway. 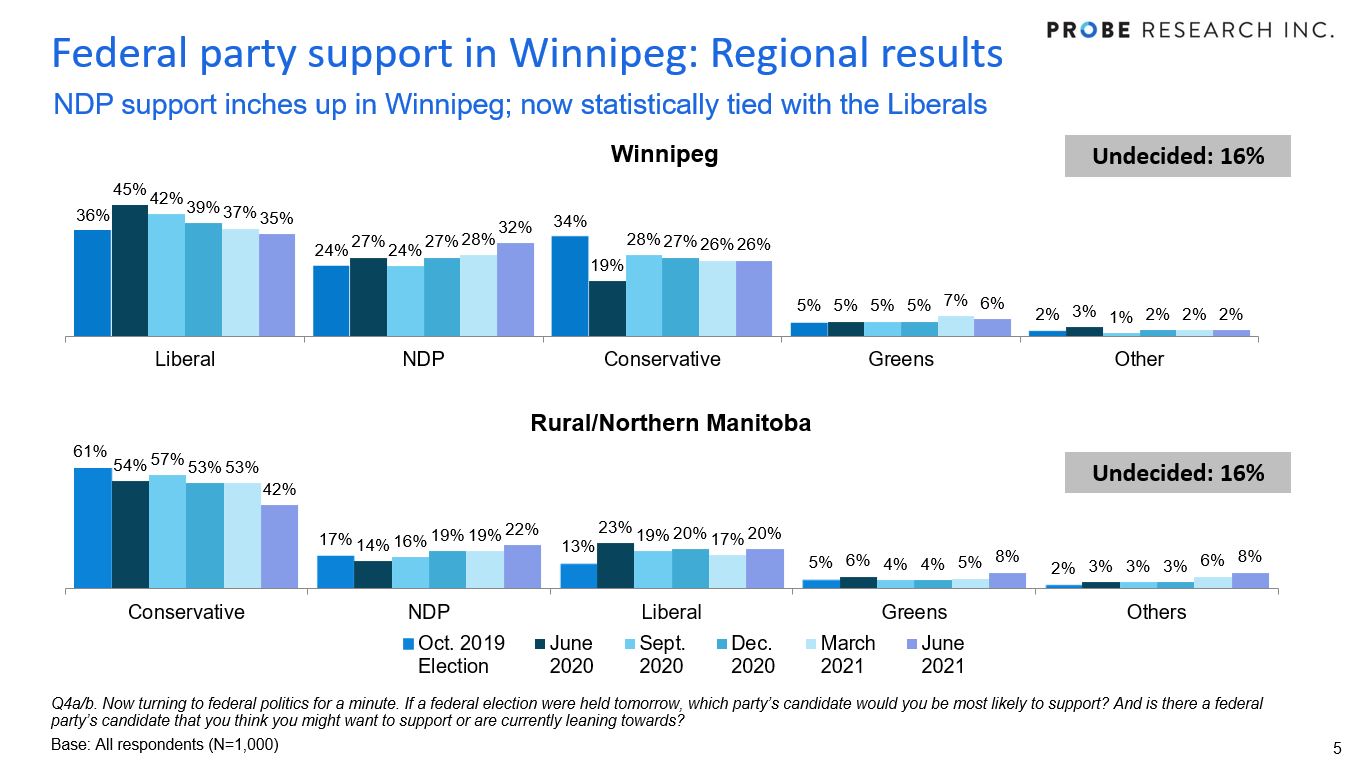 Between June 2nd and 11th, 2021 Probe Research surveyed a random and representative sampling of 1,000 adults residing in Manitoba. With a sample of 1,000, one can say with 95 percent certainty that the results are within ± 3.1 percentage points of what they would have been if the entire adult population of Manitoba had been surveyed. The margin of error is higher within each of the survey’s population sub-groups.​ 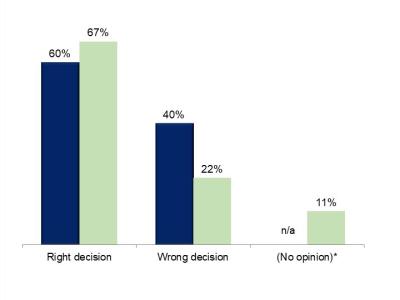 New Probe Research surveys of Manitoba citizens and business leaders show that both groups believe Manitoba's Progressive Conservative made the right decision when it reduced the PST in its 2019 budget. 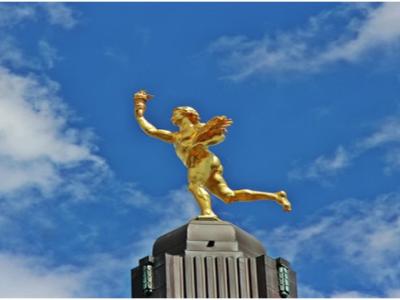 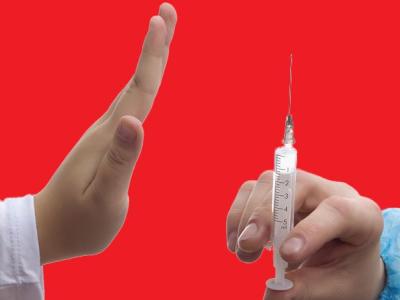