A new Probe Research survey for the Winnipeg Free Press finds that while nearly one-half of Manitobans think the provincial government is lifting health restrictions too quickly, about one-quarter think re-opening is taking place at the right speed – and more than one in five feel it is not happening fast enough. Older Manitobans (especially older women), Winnipeg residents and those who support the opposition New Democratic Party are much more likely to think the restrictions are being lifted too quickly. 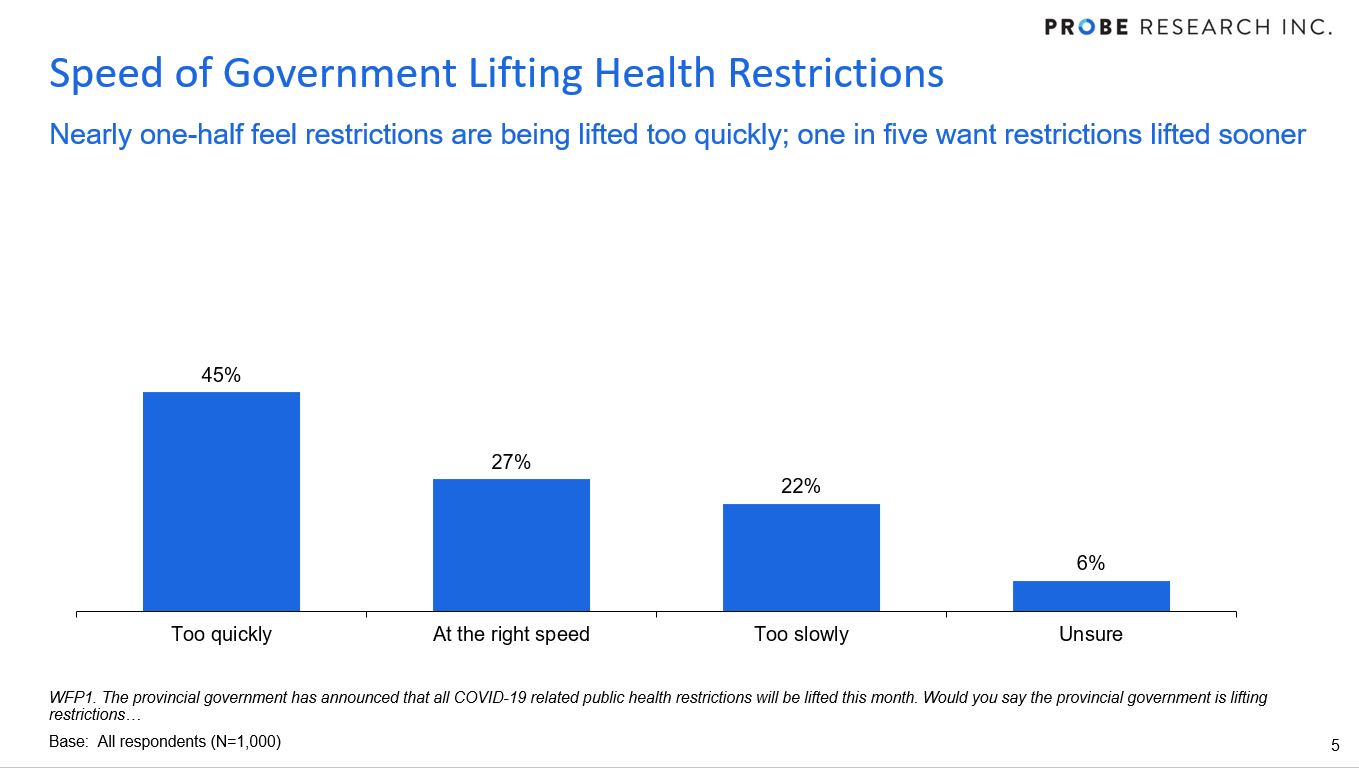 More than six in ten Manitobans expect to continue wearing face masks in public places for the foreseeable future, while three in ten are unlikely to do so now that this is no longer required and one in ten say it depends on the circumstances. Again, older Manitobans, women and those living in Winnipeg are more likely to continue masking up, while men under the age of 55 are much less inclined to do so. 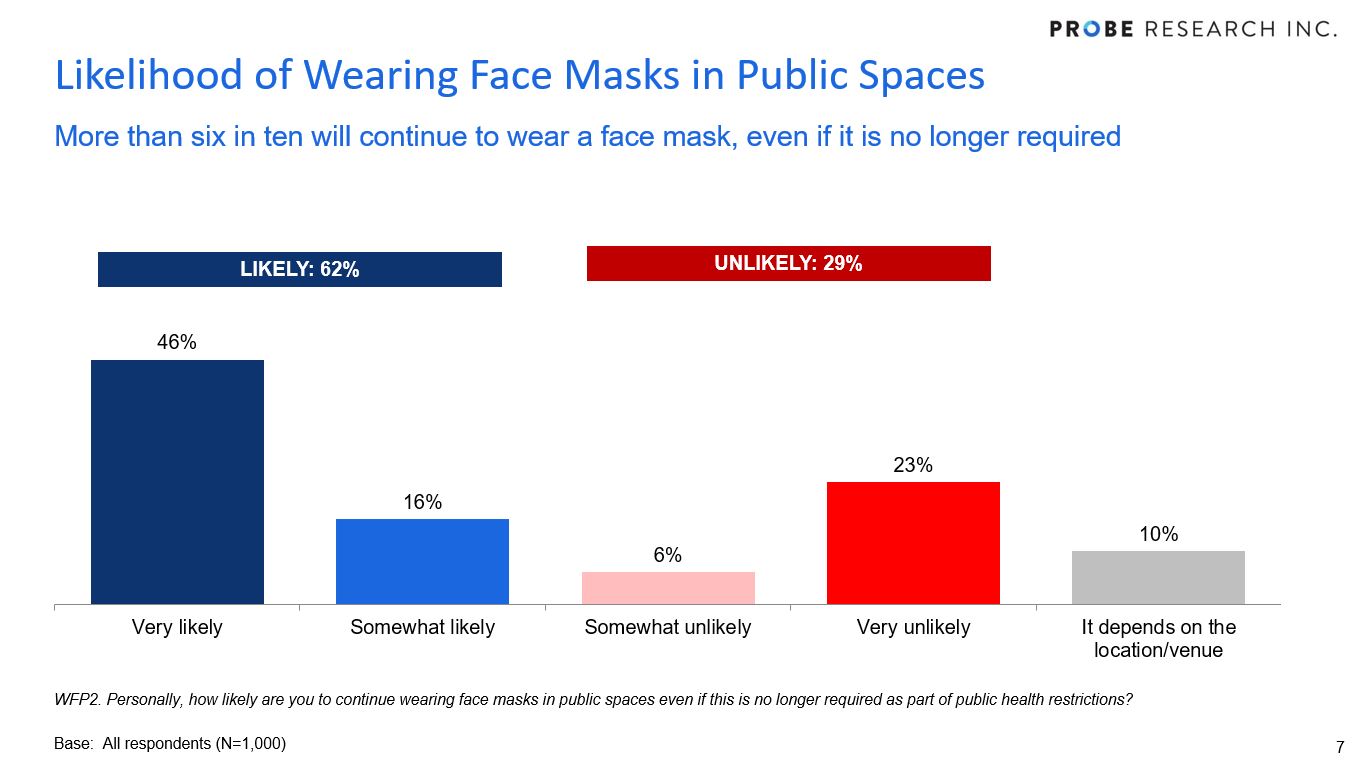 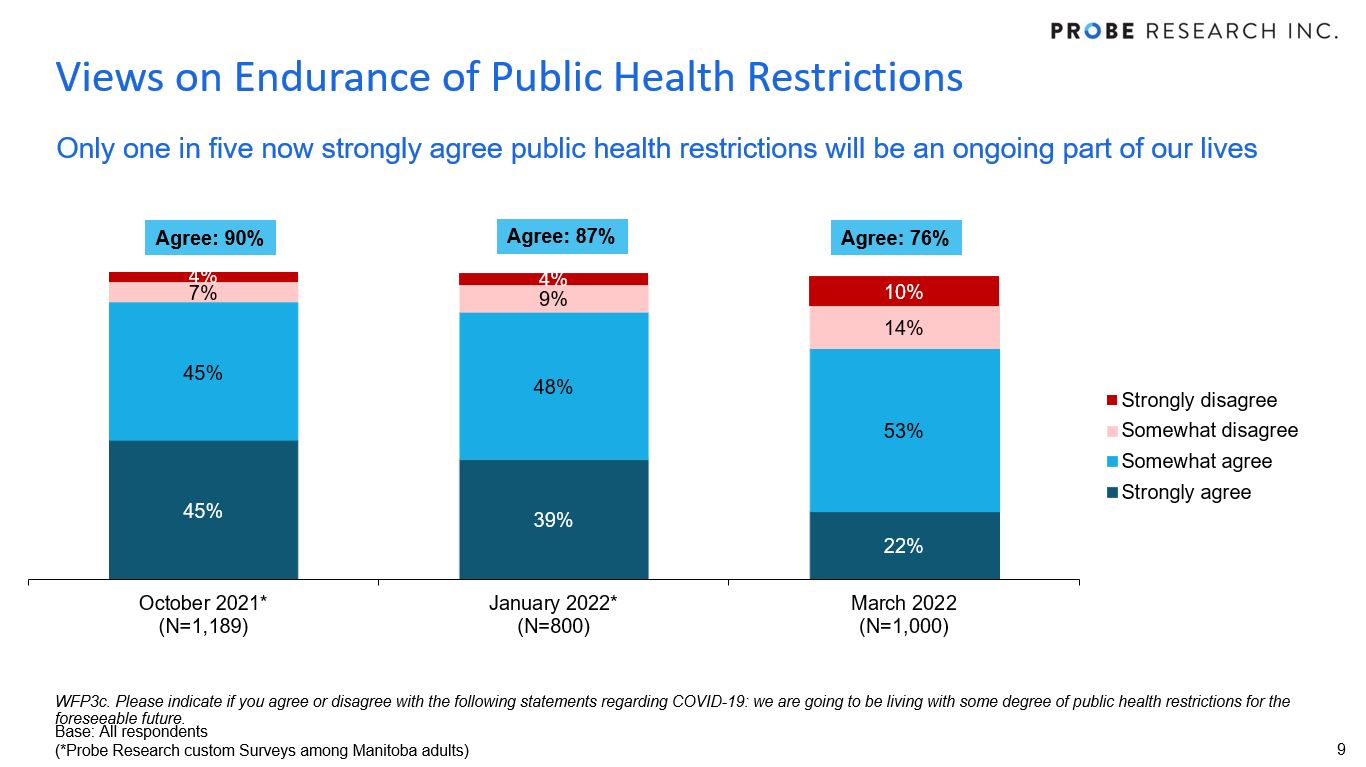 The pandemic has shaken Manitobans’ faith in the ability of governments to deal with major challenges, with three-quarters agreeing these public institutions are not well-equipped to deal with significant crises. 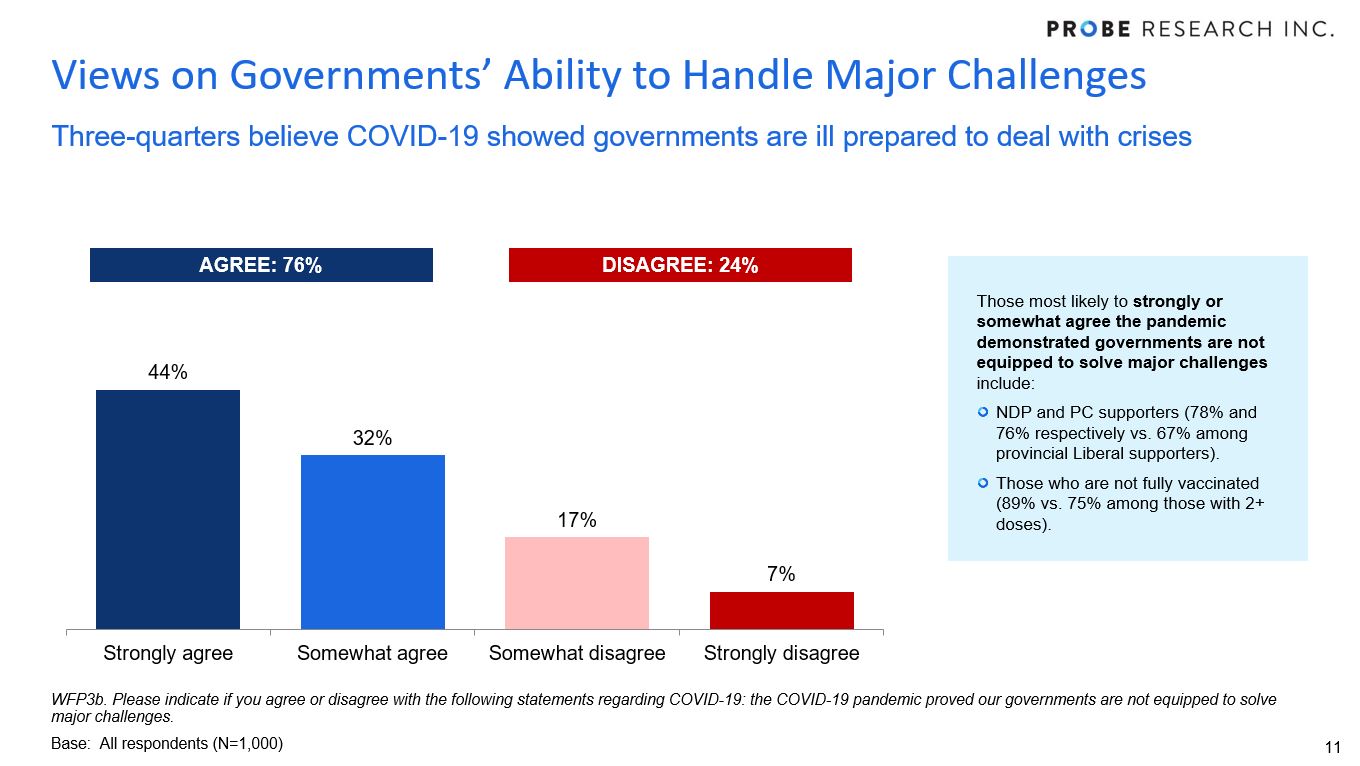 Meanwhile, nearly nine in ten Manitobans agree the divisions caused by the pandemic will last for a long time. Manitobans are also somewhat split on whether things will return to how they were prior to the pandemic, with a majority disagreeing that this will be the case. 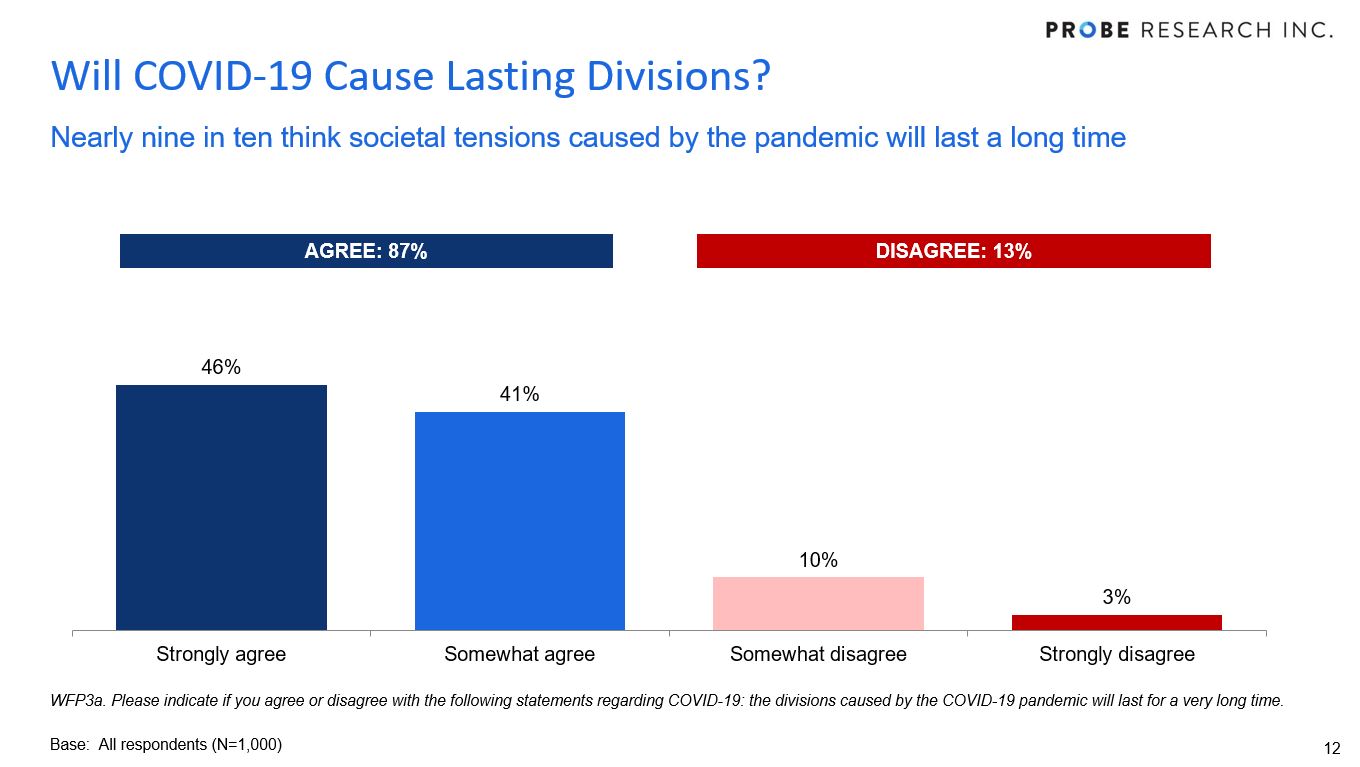 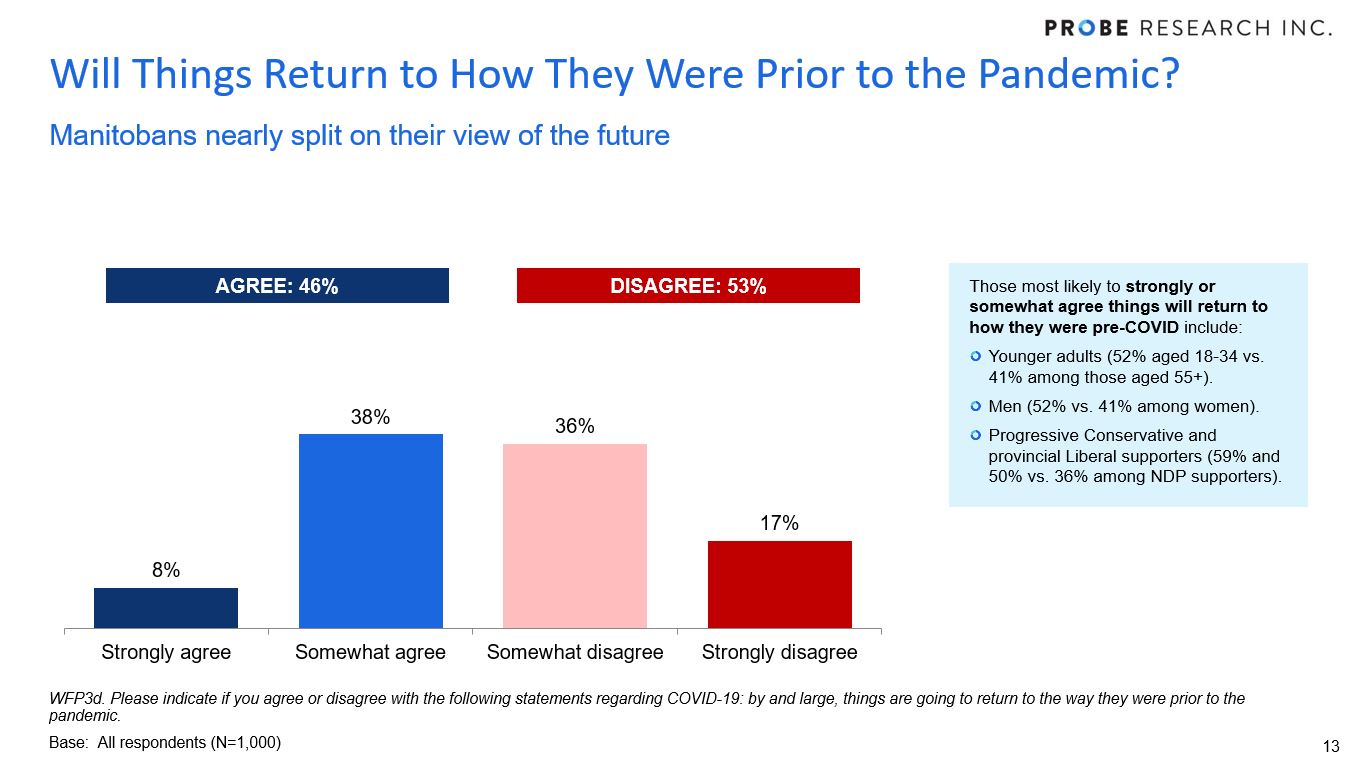 The proportion of Manitobans touched directly by COVID-19 increased significantly during the spread of the Omicron variant in early 2022. Today, nearly four in ten are certain they have had COVID-19 (37%, up from 29% in January), with fewer than one in ten not knowing anyone who has had this virus. A majority of men between the ages of 18 and 34 say they have had COVID-19 at some point during the past two years, with younger adults and those with children (as well as those who are not fully vaccinated) much more likely to have experienced COVID-19 themselves. 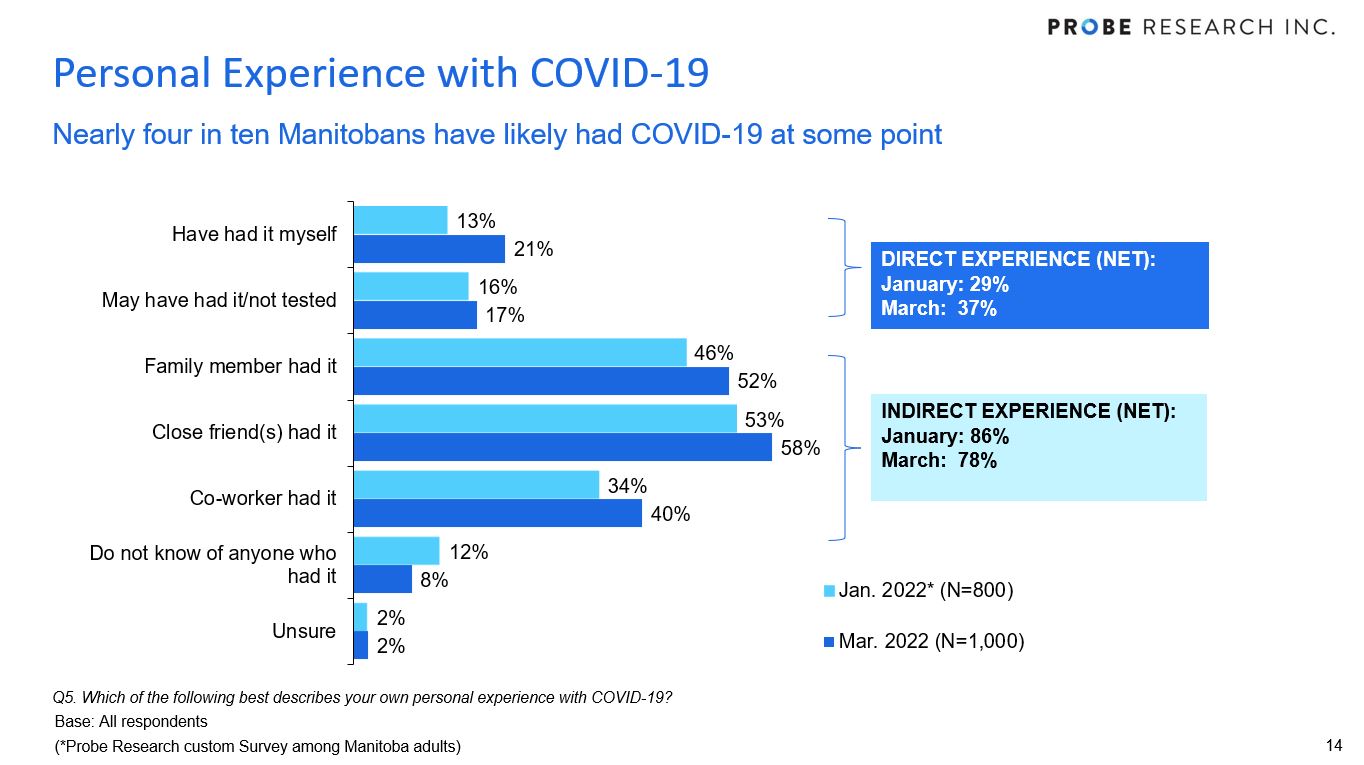 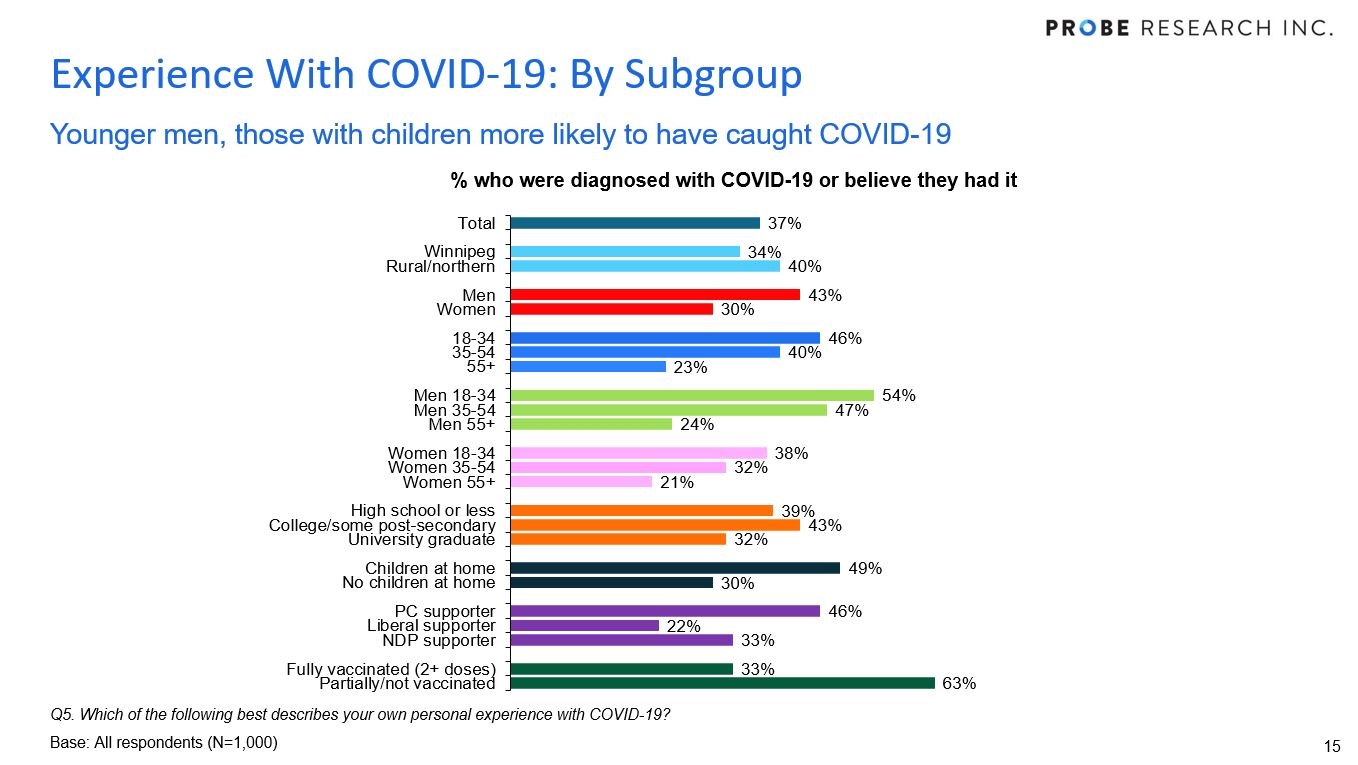 Probe Research surveyed a random and representative sampling of 1,000 adults residing in Manitoba between March 9 and 21, 2022. 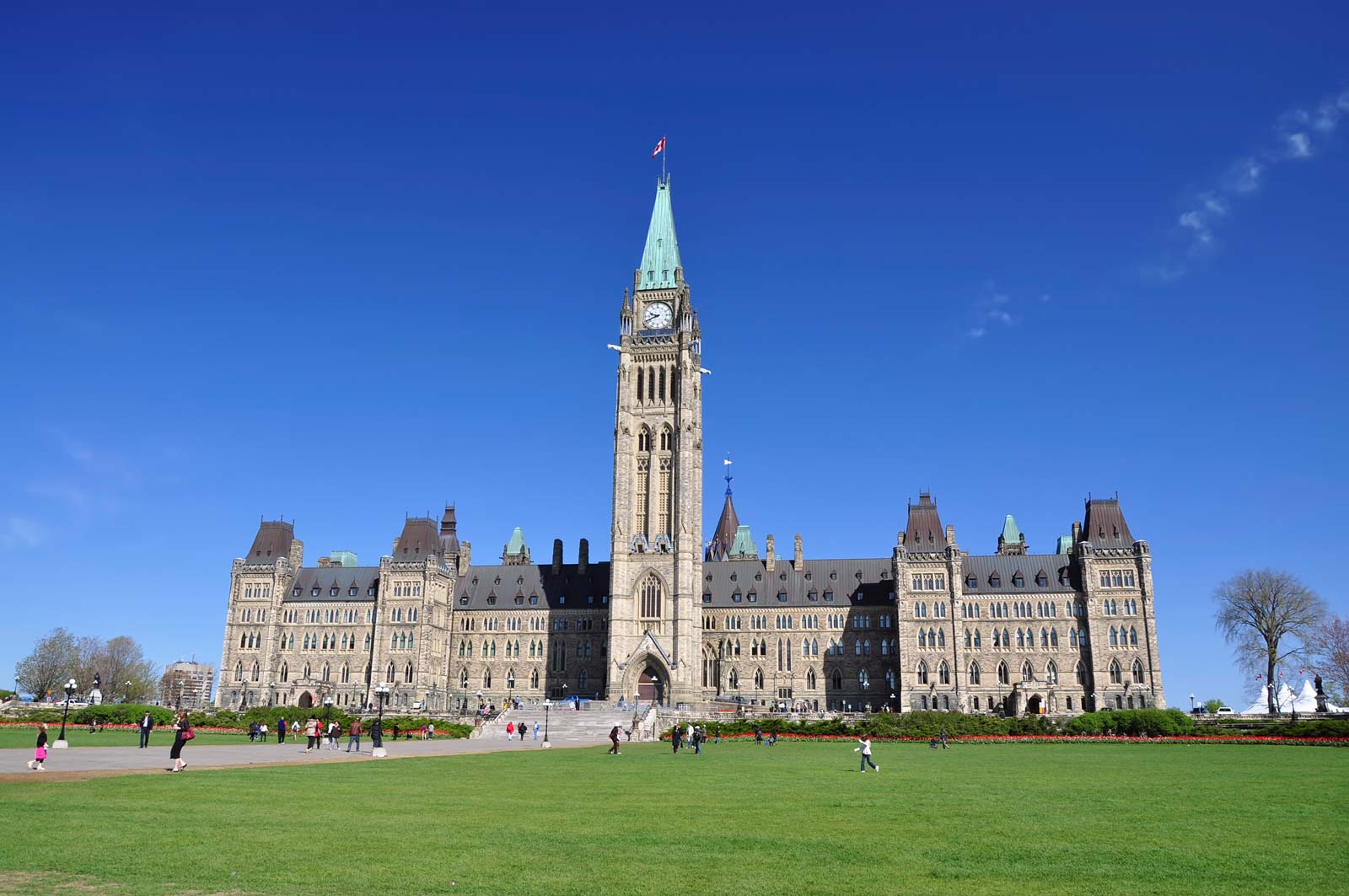 Our March 2021 results on federal voting intentions in Manitoba show Conservative support holding steady, while the Liberals continue to lead in Winnipeg.