Support for Manitoba’s governing Progressive Conservatives has plummeted to a recent low in the latest Probe Research survey for the Winnipeg Free Press, with nearly twice as many voters now favouring the opposition NDP.

If an election were held tomorrow, 47 per cent of voters would cast a ballot for Wab Kinew’s NDP, while only 29 per cent would vote for Premier Brian Pallister’s Tories. Fourteen per cent of decided and leaning voters prefer the Dougald Lamont-led Manitoba Liberals, while five per cent favour James Beddome and the provincial Greens. Overall, 17 per cent of Manitoba adults are undecided. 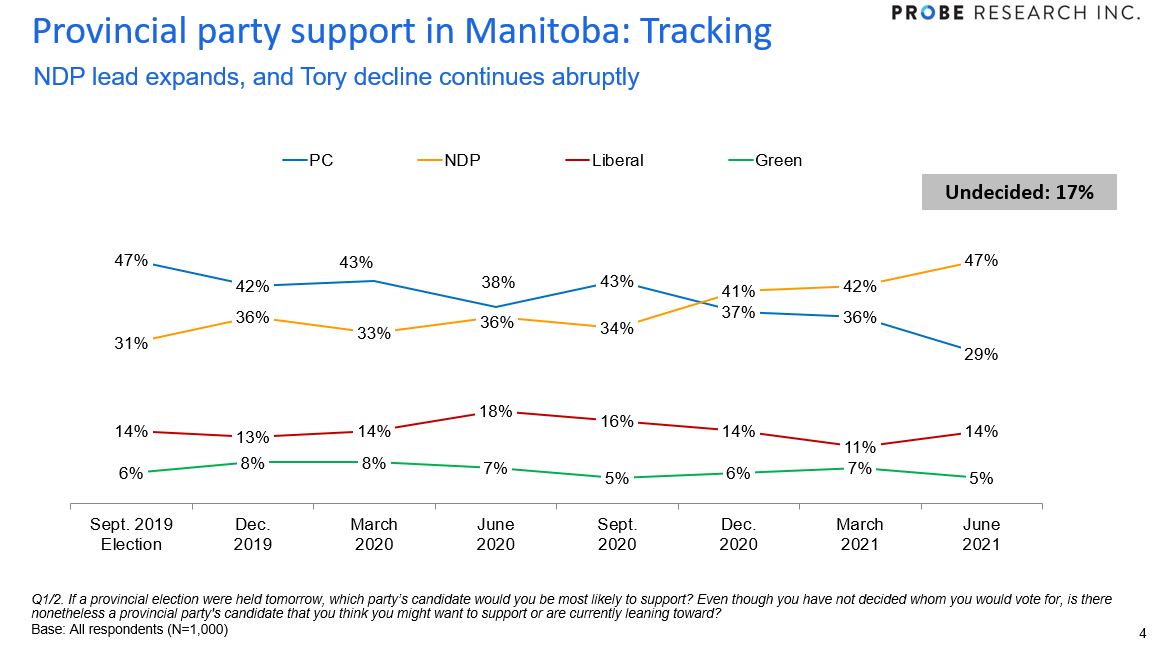 In Winnipeg, this gap is a chasm. The NDP has a 33-point lead over the PCs in Winnipeg and enjoys healthy support in every corner of the city, including the battleground southern suburbs. Fewer than one-quarter of Winnipeg voters prefer the PCs - including just 13 per cent among Winnipeg women, as nearly two-thirds of female voters in the provincial capital would vote for the NDP. 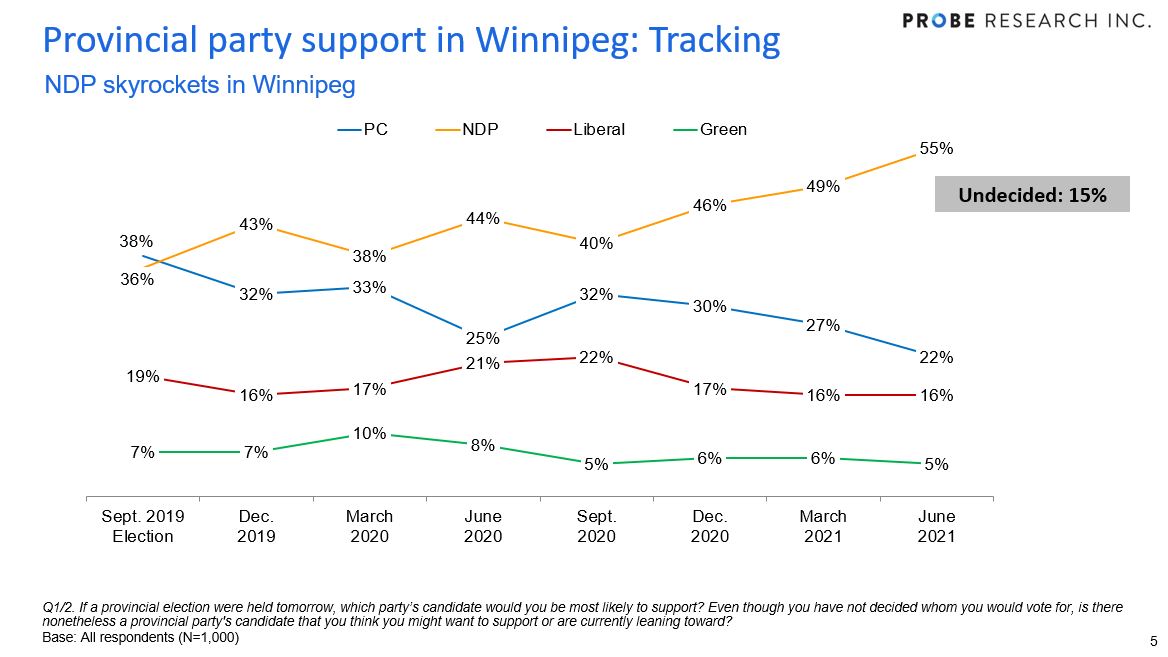 Between June 2nd and 11th, 2021 Probe Research surveyed a random and representative sampling of 1,000 adults residing in Manitoba. With a sample of 1,000, one can say with 95 percent certainty that the results are within ± 3.1 percentage points of what they would have been if the entire adult population of Manitoba had been surveyed. The margin of error is higher within each of the survey’s population sub-groups.​

A new Probe Research survey for the Winnipeg Free Press finds some Manitoba voters have warmed back up to the governing Progressive Conservatives as that party selects a new leader and premier. 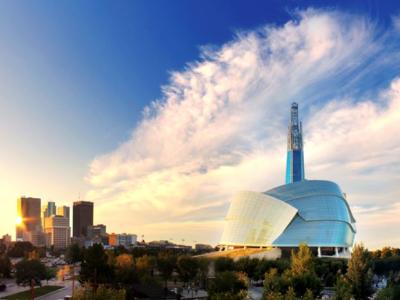 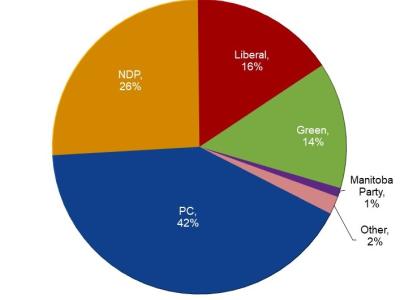