Currently, 45 per cent of decided and leaning voters prefer the NDP (+1% vs. March 2022) while 35 per cent would vote for a PC candidate (+1%). Support for the provincial Liberals has decreased slightly during the past three months (13%, -2%), while three per cent prefer the provincial Greens (+1%) and four per cent would cast a ballot for another party not currently represented in the Legislature (-1%). Sixteen per cent of all Manitoba adults are undecided or have no party preference. 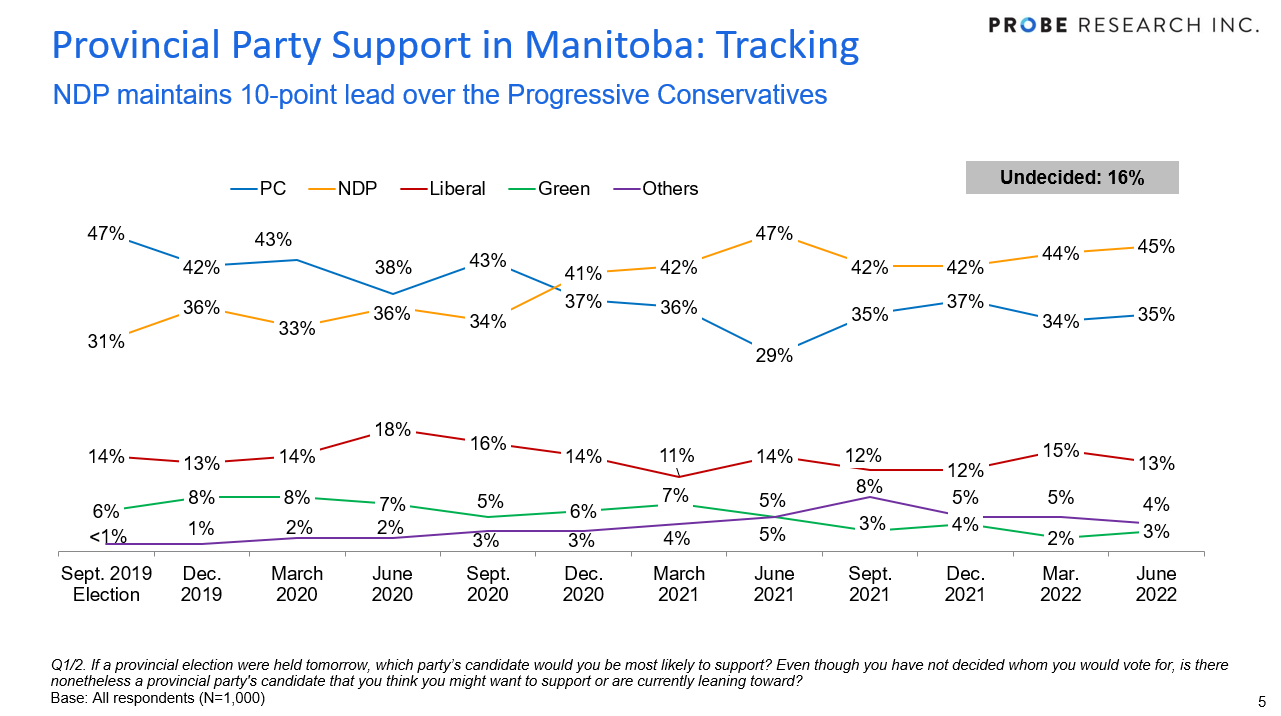 It remains a tale of two provinces, as the NDP’s advantage in Winnipeg holds firm (52%, no change). Support for the PCs within the provincial capital has increased slightly (25%, +2%), with a corresponding decrease in Liberal support (16%, -2%). The NDP continues to hold a significant lead in all areas of Winnipeg. Outside Winnipeg, one-half prefer the PCs (50%), with 34 per cent indicating they would cast ballots for the NDP and just eight per cent opting for the Liberals. 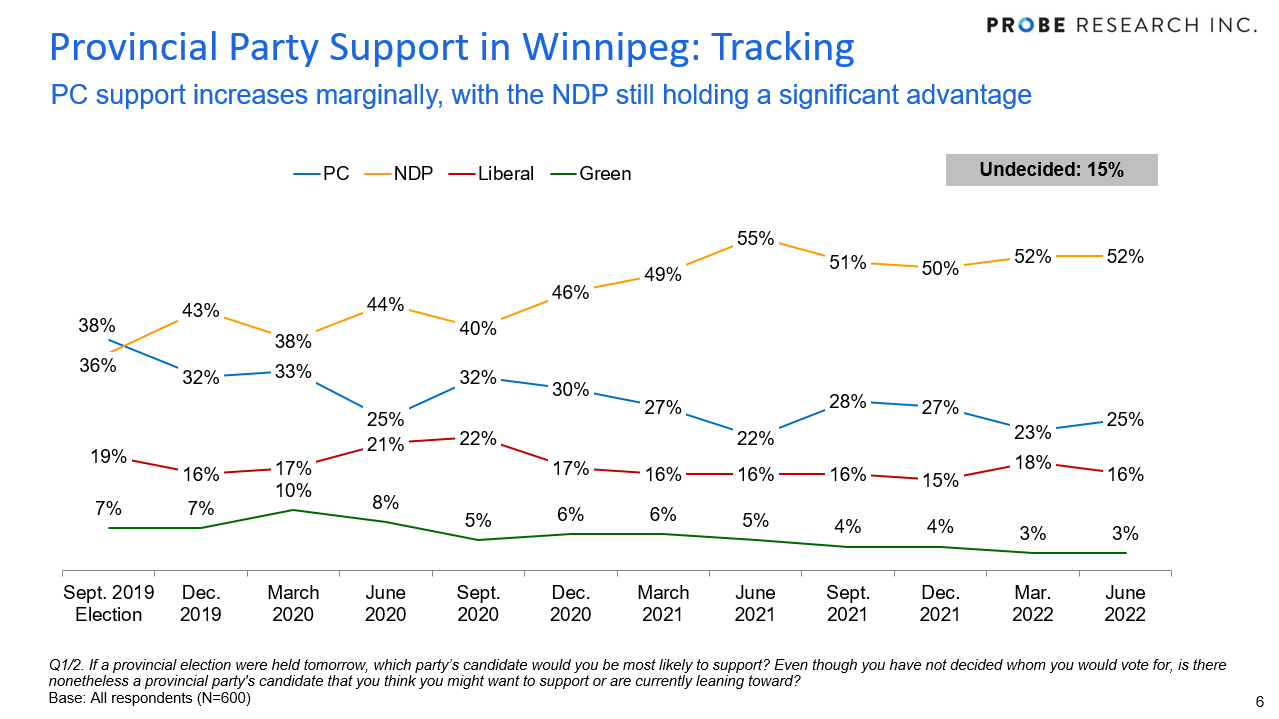 Decided and leaning voters were asked to express their motivations for supporting their preferred party. Nearly one-half say they are motivated to vote for a party because they think it is deserving, while one in five are motivated solely by a desire to vote a particular party out of office. Three in ten, meanwhile, say they are motivated by both of these rationales. NDP supporters are somewhat more likely than supporters of other parties to want to both elect a deserving party and vote another party – in this case, the governing Progressive Conservatives – out of office. Only one in five Manitobans (20%) strongly or moderately approve of the performance of Premier and PC leader Heather Stefanson – with nearly one-half of those surveyed (44%) expressing strong disapproval. Stefanson’s approval rating is low among most demographic groups with the exception of PC supporters – but even then, only slightly more than one-half of her party’s voters (53%) think she is doing a good job. Meanwhile, nearly one-half of Manitobans (46%, including 87% of NDP supporters) believe NDP leader Wab Kinew is performing well, while nearly three in ten (28%, including 65% of Liberal supporters) express strong or moderate approval for Liberal leader Dougald Lamont. Kinew’s approval is especially high among women and those living in Winnipeg – two demographic groups that are also more likely to register a preference for his party.

Probe Research surveyed a random and representative sampling of 1,000 adults residing in Manitoba between June 1 and 12, 2022. A summary of insights from a recent Probe Research survey of Manitobans regarding COVID-19 restrictions, testing and vaccinations - including key differences between southern Manitoba and the rest of the province.