A recent Probe Research survey conducted for the Winnipeg Free Press indicates the post-election honeymoon appears to be waning for Manitoba’s Progressive Conservative government. Although the PCs remain the most popular provincial party, they have shed some support since the Sept. 10 election, with 42 per cent (-5%) currently indicating they would vote for a PC candidate in their riding.

Support for the NDP currently sits at 36 per cent (+5% vs. the election result) province-wide. NDP support has grown most notably in Winnipeg, where the party now holds a double-digit lead over the PCs (43% vs. 32% respectively). Support for the NDP in Winnipeg has increased seven points since Election Day, with PC support in the provincial capital eroding by nearly the same margin.

The Manitoba Liberals, meanwhile, remain the preferred party for slightly more than one in ten Manitoba voters (13%, -1% vs. the election), while the Greens currently sit at eight per cent (+2%). Overall, 15 per cent of Manitobans are undecided or refuse to say which party they would support in a hypothetical provincial election. 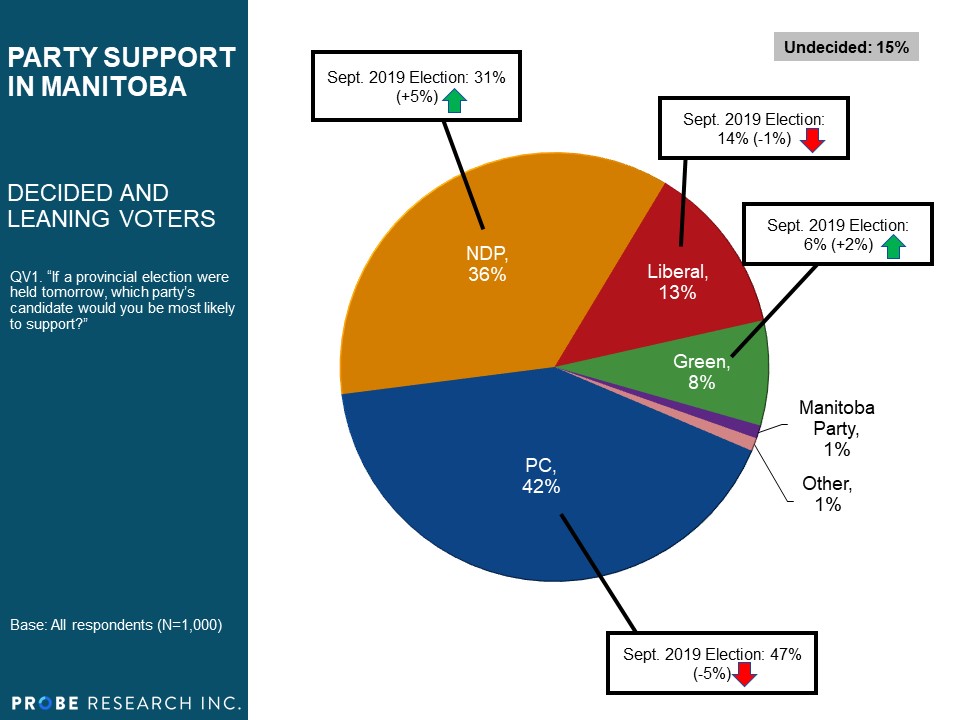 Within Winnipeg, the NDP holds a strong advantage in voter support in the core area and has a narrow lead over the PCs in northeast Winnipeg. The two parties are statistically tied in northwest, southwest and southeast Winnipeg. Outside Winnipeg, more than one-half of decided or leaning voters prefer the PCs (56% vs. 25% who prefer the NDP). 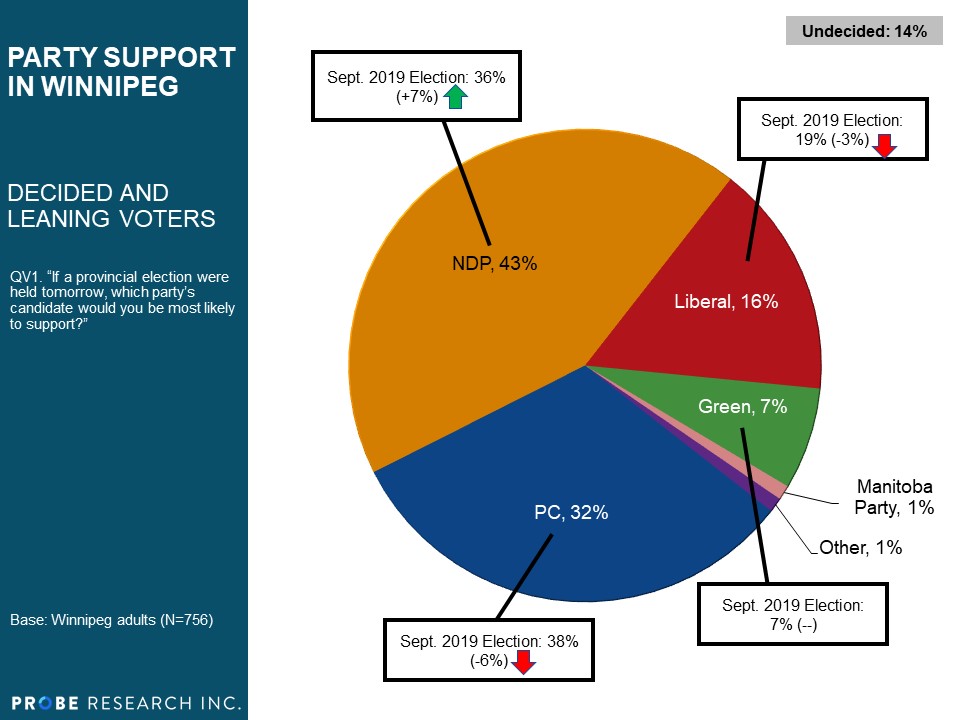 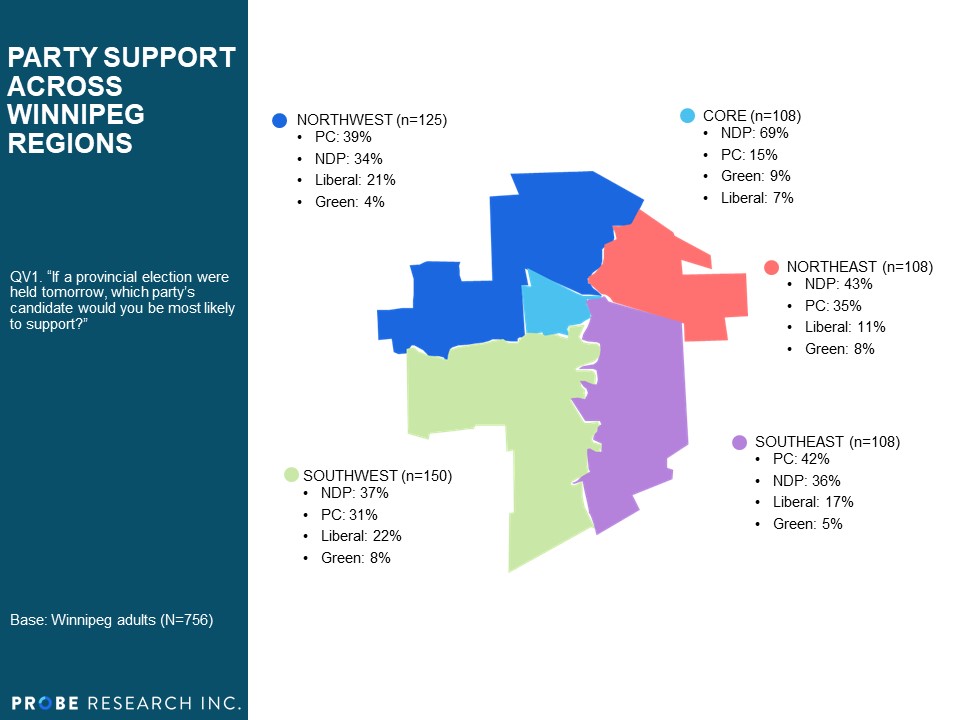 The PCs have a massive, 20-point advantage over the NDP among male voters province-wide (50% vs. 30% respectively). However, more than four in ten women (42%) prefer the NDP compared to one-third (33%) who would vote for a PC candidate. PC support also continues to be higher among older people and those with less formal education. 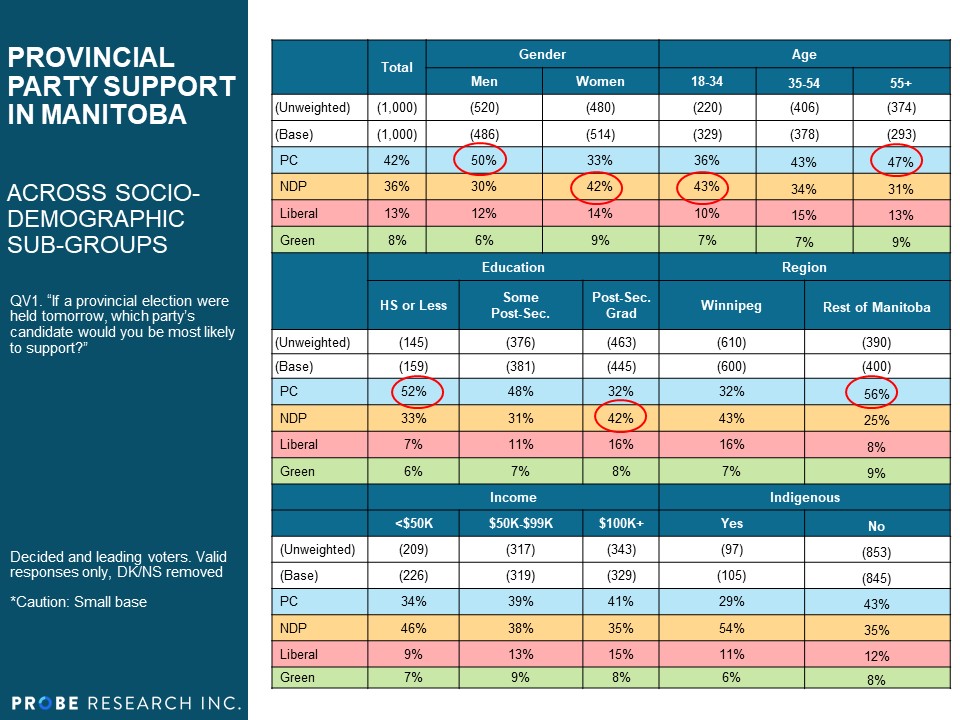 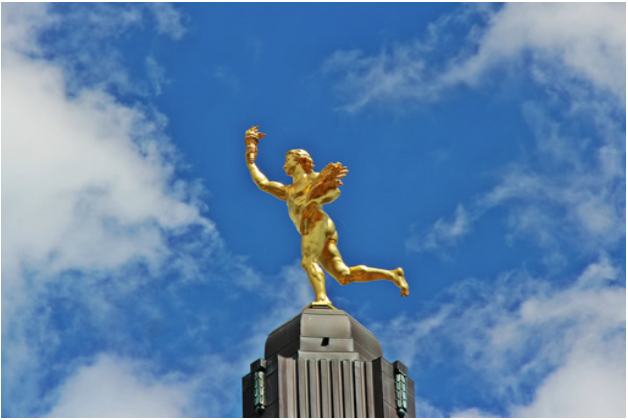 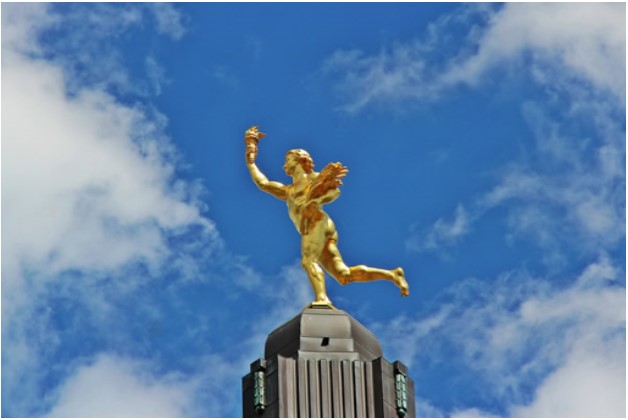 A new Probe Research survey for the Winnipeg Free Press finds some Manitoba voters have warmed back up to the governing Progressive Conservatives as that party selects a new leader and premier. 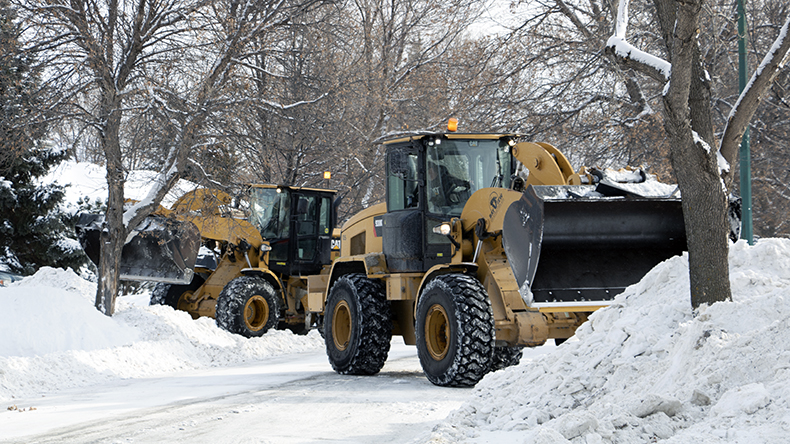